For almost 80 years of its history more than 200,000 highly skilled professionals has been trained in this higher aviation educational institution. Among them there are well-known scientists, heads of aviation companies, enterprises, organizations and institutions that provide aircraft flights, their maintenance and repair, transportation of passengers and cargo.

The staff of the University has much to be proud of. Honoured people were trained here, namely: Corresponding members of the NAS of Ukraine M. Holeho, O. Aksenov, Honored Scientist of Ukraine P. Nazarenko, Lenin Prize winners Professor V. Krylov and G. Maykopar, State Prize Winner Professor J. Parhomovsky, President of "International airlines of Ukraine" V. Potemsky, President of the Transport Clearing Chamber of Russia S. Illichov and many other famous figures of science and technology in dosens of countries. The pride of the university is its alumnus, a prominent scientist in the field of aviation and cosmonautics, General Designer of rocket and space systems, twice Hero of Socialist Labor, Laureate of Lenin and State Prizes, Academician V. Chelomei.

Unique devices, control systems of aircraft and space-rocket equipment, advanced technologies, and as a result, high scientific and pedagogical potential of this higher educational establishment have been created at the university.

Over the years, the University was headed by M. Korolko, V. Podporinov, D. Glinchuk, N. Taranyuk, M. Gorchakov, P. Podchasov. M. Holeho headed the university in 1954-1975. He made a significant contribution to the construction of the training center, development of its material facilities, organization of scientific work, formation of scientific and pedagogical staff. In 1975-1988 the University was headed by O. Aksenov. From 1988 to 1998, P. Nazarenko was the Rector. From 1998 to 2008 V. Babak headed the University; in 2008 M. Kulik was appointed the Rector.

Due to the national and international recognition of the significant contribution to the development of national higher education and science, and by the Decree of the President of Ukraine, Leonid Kuchma granted national status to the University in September 2000.

Today, NAU is one of the world's most powerful aviation higher educational institutions with more than 50,000 students including 1,200 international students from 49 countries.

Strong scientific and pedagogical schools enable to train not only engineers but also economists, lawyers, environmentalists, translators, psychologists, sociologists and others.

The educational process is provided by highly qualified scientific and pedagogical staff consisting of 15 Academicians and Corresponding Members of NAS of Ukraine, 270 doctors, professors and 900 candidates of sciences. Leading airline and industries experts are involved into the learning process at the university. We are proud of the fact that 80 honored workers of science and technology and winners of State Prizes are among the teachers of our university.

The University is situated on the territory of 72 hectares; the total area of the buildings is 140,000 m2. The training process involves 75 aircraft and helicopters, 42 aviation engines, 3 complex flight simulators, 240 board systems, modelling stands and over 6,000 modern computers.

The campus of the university includes 11 dormitories, a dining hall with 1000 seats, an Internet cafe, students café "Bistro", a medical center, equipped with modern diagnostic and treatment equipment, a dispensiary, Center for Art and Culture with the hall for 1500 seats, Center for Sport and Health, where sport teams and different winners of competitions are trained in many sports. Employees and students of our university are keen sportsmen at yachting (there is a yacht club at university) and aviamodelling and hang-gliding. 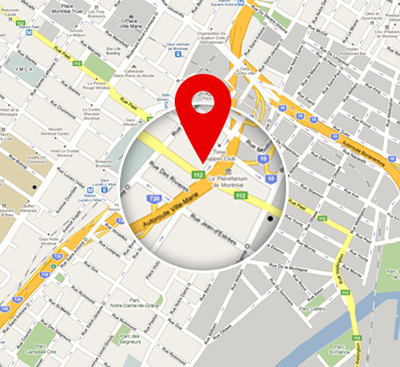